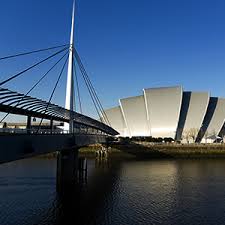 The United Kingdom, made up of England, Scotland, Wales and Northern Ireland, is an island nation in northwestern Europe. England – birthplace of Shakespeare and The Beatles – is home to the capital, London, a globally influential centre of finance and culture. England is also site of Neolithic Stonehenge, Bath’s Roman spa and centuries-old universities at Oxford and Cambridge.

The United Kingdom retains links with parts of its former empire through the Commonwealth. It also benefits from historical and cultural links with the United States and is a member of the North Atlantic Treaty Organization (NATO). Moreover, the United Kingdom became a member of the European Union in 1973. Many Britons, however, were sometimes reluctant EU members, holding to the sentiments of the great wartime prime minister Winston Churchill, who sonorously remarked, “We see nothing but good and hope in a richer, freer, more contented European commonalty. But we have our own dream and our own task. We are with Europe, but not of it. We are linked, but not comprised. We are interested and associated, but not absorbed.” Indeed, in June 2016, in a referendum on whether the United Kingdom should remain in the EU, 52 percent of British voters chose to leave. That set the stage for the U.K. to become the first country to do so, pending the negotiations between the U.K. and the EU on the details of the separation.

The United Kingdom of Great Britain and Northern Ireland, commonly known as the United Kingdom (UK) or Britain, is a sovereign country in western Europe. Lying off the north-western coast of the European mainland, the UK includes the island of Great Britain, the north-eastern part of the island of Ireland and many smaller islands.[10] Northern Ireland is the only part of the United Kingdom that shares a land border with another sovereign state?—?the Republic of Ireland.[note 9] Apart from this land border, the UK is surrounded by the Atlantic Ocean, with the North Sea to its east, the English Channel to its south and the Celtic Sea to its south-south-west, giving it the 12th-longest coastline in the world. The Irish Sea lies between Great Britain and Ireland. With an area of 242,500 square kilometres (93,600 sq mi), the UK is the 78th-largest sovereign state in the world and the 11th-largest in Europe. It is also the 21st-most populous country, with an estimated 65.5 million inhabitants. Together, this makes it the fourth-most densely populated country in the European Union (EU).[note 10][11]

The UK is a constitutional monarchy with a parliamentary democracy.[12][13] The monarch is Queen Elizabeth II, who has reigned since 6 February 1952, making her the longest-serving current head of state.[14] The UK's capital and largest city is London, a global city and financial centre with an urban area population of 10.3 million, the fourth-largest in Europe and second-largest in the European Union.[15] Other major urban areas in the UK include the conurbations centred on Birmingham, Leeds, Glasgow, Liverpool and Manchester. The UK consists of four countries—England, Scotland, Wales and Northern Ireland.[16] All but England have devolved administrations,[17] each with varying powers,[18][19] based in their capitals Edinburgh, Cardiff and Belfast, respectively. The nearby Isle of Man, Bailiwick of Guernsey and Bailiwick of Jersey are not part of the UK, being Crown dependencies with the British Government responsible for defence and international representation.[20]

Prior to the creation of the UK, Wales had been conquered and annexed by the Kingdom of England. This meant that the united kingdom created in 1707 by the Treaty of Union between England and Scotland encompassed all of Great Britain. The Kingdom of Ireland merged with this state in 1801 to form the United Kingdom of Great Britain and Ireland. Five-sixths of Ireland seceded from the UK in 1922, leaving the present formulation of the United Kingdom of Great Britain and Northern Ireland.[note 11] There are fourteen British Overseas Territories,[21] the remnants of the British Empire which, at its height in the 1920s, encompassed almost a quarter of the world's land mass and was the largest empire in history. British influence can be observed in the language, culture and legal systems of many of its former colonies.

The UK is a developed country and has the world's sixth-largest economy by nominal GDP [22] and ninth-largest economy by purchasing power parity. It has a high-income economy and has a "very high" Human Development Index, ranking 16th in the world. It was the first industrialised country and the world's foremost power during the 19th and early 20th centuries.[23][24] The UK remains a great power with considerable economic, cultural, military, scientific and political influence internationally.[25][26] It is a recognised nuclear weapons state and is seventh in military expenditure in the world.[27] It has been a permanent member of the United Nations Security Council since its first session in 1946. It has been a leading member state of the EU and its predecessor, the European Economic Community (EEC), since 1973; however, on 23 June 2016, a non-binding referendum on the UK's membership of the EU resulted with 51.9% of UK voters favouring a leave, and the country's prospective exit from the EU is being negotiated. The UK is also a member of the Commonwealth of Nations, the Council of Europe, the G7 finance ministers, the G7 forum, the G20, NATO, the Organisation for Economic Co-operation and Development (OECD), and the World Trade Organization (WTO).