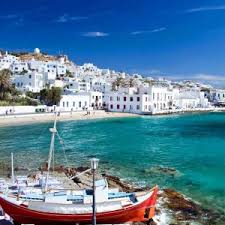 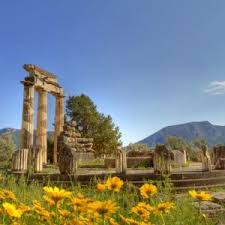 Among Greece's principal environmental problems are industrial smog and automobile exhaust fumes in metropolitan Athens. Over half of all industry is located in the greater Athens area. From June to August 1982, the air pollution became so oppressive that the government closed down 87 industries, ordered 19 others to cut production, and banned traffic from the city center. In July 1984, the smog again reached the danger point, and 73 factories were ordered to cut production and cars were banned from the city. In January 1988, the number of taxis in the center of Athens was halved, and private cars were banned from the city's three main thoroughfares.

The smog regularly sends hundreds of Greeks to the hospital with respiratory and heart complaints. Greece is among the 50 nations with the world's highest levels of industrial carbon dioxide. In 1992, it ranked 37th, with emissions totaling 73.8 million metric tons, a per capita level of 7.25. In 1996, the total rose to 80.6 million metric tons.
Manufacturing, which now ranks ahead of agriculture as an income earner, has increased rapidly owing to a vigorous policy of industrialization.

However, Greek industry must rely on imports for its raw materials, machinery, parts, and fuel. Greece has only a rudimentary iron and steel industry and does not manufacture basic transport equipment, such as cars and trucks. Industry is concentrated in the Athens area.

Industry and trade are centered on about 20 seaports throughout the country. Athens, Piraeus, and Thessaloniki are the principal commercial cities; importers and exporters have offices in these cities and branches in other centers. There are about 300,000 wholesale and retail trading establishments in the country.

Greece  officially the Hellenic Republic, historically also known as Hellas, is a country in Southern Europe,[11] with a population of approximately 11 million as of 2016. Athens is the nation's capital and largest city, followed by Thessaloniki.

Greece is located at the crossroads of Europe, Asia, and Africa. Situated on the southern tip of the Balkan peninsula, it shares land borders with Albania to the northwest, the Republic of Macedonia and Bulgaria to the north, and Turkey to the northeast. The Aegean Sea lies to the east of the mainland, the Ionian Sea to the west, the Cretan Sea and the Mediterranean Sea to the south. Greece has the longest coastline on the Mediterranean Basin and the 11th longest coastline in the world at 13,676 km (8,498 mi) in length, featuring a large number of islands, of which 227 are inhabited. Eighty percent of Greece is mountainous, with Mount Olympus being the highest peak at 2,918 metres (9,573 ft). The country consists of nine geographic regions: Macedonia, Central Greece, the Peloponnese, Thessaly, Epirus, the Aegean Islands (including the Dodecanese and Cyclades), Thrace, Crete, and the Ionian Islands.

Greece is considered the cradle of Western civilization,[a] being the birthplace of democracy, Western philosophy, the Olympic Games, Western literature, historiography, political science, major scientific and mathematical principles, and Western drama.[15] From the eighth century BC, the Greeks were organised into various independent city-states, known as poleis (singular polis), which spanned the entire Mediterranean region and the Black Sea. Philip of Macedon united most of the Greek mainland in the fourth century BC, with his son Alexander the Great rapidly conquering much of the ancient world, spreading Greek culture and science from the eastern Mediterranean to the Indus River. Greece was annexed by Rome in the second century BC, becoming an integral part of the Roman Empire and its successor, the Byzantine Empire, wherein the Greek language and culture were dominant. The Greek Orthodox Church also shaped modern Greek identity and transmitted Greek traditions to the wider Orthodox World.[16] Falling under Ottoman dominion in the mid-15th century, the modern nation state of Greece emerged in 1830 following a war of independence. Greece's rich historical legacy is reflected by its 18 UNESCO World Heritage Sites, among the most in Europe and the world.[17]

Greece is a democratic and developed country with an advanced high-income economy, a high quality of life, and a very high standard of living. A founding member of the United Nations, Greece was the tenth member to join the European Communities (precursor to the European Union) and has been part of the Eurozone since 2001. It is also a member of numerous other international institutions, including the Council of Europe, the North Atlantic Treaty Organization (NATO), the Organisation for Economic Co-operation and Development (OECD), the World Trade Organization (WTO), the Organization for Security and Co-operation in Europe (OSCE), and the Organisation internationale de la Francophonie (OIF). Greece's unique cultural heritage, large tourism industry, prominent shipping sector and geostrategic importance[b] classify it as a middle power. It is the largest economy in the Balkans, where it is an important regional investor. 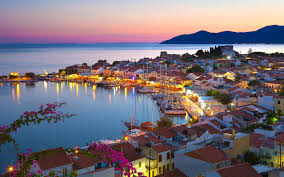