The United Arab Emirates is an Arabian Peninsula nation settled mainly along the Persian (Arabian) Gulf. The country is a federation of 7 emirates. Abu Dhabi, the island capital, is home to Sheikh Zayed Grand Mosque, with crystal chandeliers and room for 40,000 worshipers. Dubai is the site of ultramodern Burj Khalifa tower, enormous shopping centers and extravagant entertainment attractions.

The emirates comprise a mixed environment of rocky desert, coastal plains and wetlands, and waterless mountains. The seashore is a haven for migratory waterfowl and draws birdwatchers from all over the world; the country’s unspoiled beaches and opulent resorts also have drawn international travelers. Standing at a historic and geographic crossroads and made up of diverse nationalities and ethnic groups, the United Arab Emirates present a striking blend of ancient customs and modern technology, of cosmopolitanism and insularity, and of wealth and want.

The rapid pace of modernization of the emirates prompted travel writer Jonathan Raban to note of the capital: “The condition of Abu Dhabi was so evidently mint that it would not have been surprising to see adhering to the buildings bits of straw and polystyrene from the crates in which they had been packed.”

The United Arab Emirates  UAE, sometimes simply called the Emirates is a federal absolute monarchy sovereign state in Western Asia at the southeast end of the Arabian Peninsula on the Persian Gulf, bordering Oman to the east and Saudi Arabia to the south, as well as sharing maritime borders with Qatar to the west and Iran to the north. In 2013, the UAE's population was 9.2 million, of which 1.4 million are Emirati citizens and 7.8 million are expatriates.[8][9][10]

The country is a federation of seven emirates, and was established on 2 December 1971. The constituent emirates are Abu Dhabi (which serves as the capital), Ajman, Dubai, Fujairah, Ras al-Khaimah, Sharjah and Umm al-Quwain. Each emirate is governed by an absolute monarch; together, they jointly form the Federal Supreme Council. One of the monarchs (traditionally always the Emir of Abu Dhabi) is selected as the President of the United Arab Emirates. Islam is the official religion of the UAE and Arabic is the official language (although English, Urdu and Hindi are widely spoken, with English being the language of business and education particularly in Abu Dhabi and Dubai).

The UAE's oil reserves are the seventh-largest in the world while its natural gas reserves are the world's seventeenth-largest.[11][12] Sheikh Zayed, ruler of Abu Dhabi and the first President of the UAE, oversaw the development of the Emirates and steered oil revenues into healthcare, education and infrastructure.[13] The UAE's economy is the most diversified in the Gulf Cooperation Council, while its most populous city of Dubai is an important global city and an international aviation hub.[14][15] Nevertheless, the country remains principally reliant on its export of petroleum and natural gas.[2][16][17]

The UAE's rising international profile has led some analysts to identify it as a regional and middle power.[18][19] 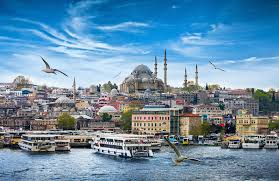